Pathological change in microcirculation is a sign of diabetes. There are already successful cases in which qigong is effectively applied in curing diabetes. This experiment makes further exploration into the microcirculation changes that take place when external qi is used in curing diabetes. The rats are made to become ill with the method of making animal samples. Cure the rats with qigong; observe the changes in their blood sugar glycosuria, blood flow in the inner canthi and their hind legs. The result of the experiment shows that a) qigong can adjust the change in microcirculation and restore it to normal state; b) qigong external qi can change the index of urine sugar and restore it to normal state.

Diabetes increases IDDM disability rate and death rate and deterorates NIDDM health state. Therefore the research into diabetes as well as its prevention are universally emphasized both home and abroad. Qigong has successfully cured many diabetic patients. Yet up to now further research which explores the mechanism of how qigong cures diabetes has not been reported. Therefore we make an explorative research into this mechanism from the perspective of microcirculation. The experiment is now reported as follows:

I. Object of experiment: Wister rats, 160g to 200g in weight, male and felale, illuminated for 10 hours a day,free to drink water and take food.

Into the stomachs of rats that are randomly chosen as the subjects of experiment. Five days later,the rats whose blood sugar is above 240mg/dl are chosen as the diabetic samples for this experiment. Then divide these diabetes control group. Moreover, we arrange a normal control group: Choose the rats in normal condition and only inject them with buffer solution. 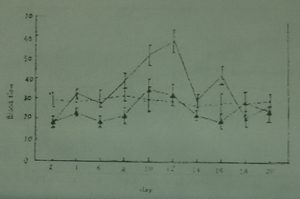 Fig.1 Comparison of Blood Flow in the Body of Different Groups of Rats 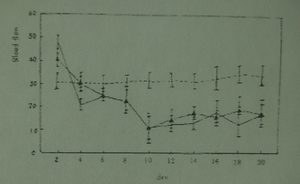 Fig.2 Comparison of Blood Flow in the Inner Canthi of Different Groups of Rats

The change in the amount of blood flow in the body of the diabetic rats show a tendency of going from low to high and then from high to low,which indicates the beginning process and the developing process of diabetes. External qi of qigong has an influence on this process. Its func tioning mechanism is probably that qigong cnhances the adjustment of the autonomous motion of the cndothelial cells of the blood vessel and improves the condition of microcirculation.

Qigong therapy has an evident effect on the diabetic rats’ weight and on the change in their glycosuria,which shows that qigong external qi has certain adjusting effect on diabetes. As to why the index of blood sugar has not shown evident decrease, it needs further observation and research.