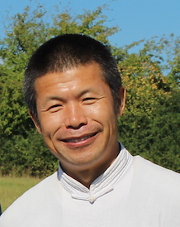 In 1991 teacher Wei learnt Zhineng Qigong and found inner peace. He attended the two year teacher class training from 1993 to 1995. When he graduated in 1995, teacher Pang Ming wrote him “nu li wei Zhineng Qigong shi ye feng dou; hunyuan ling tong”. This means “put all your effort into spreading Zhineng Qigong”, and it has inspired teacher Wei ever since.

In 1995, teacher Wei began to work as an editor at the Huaxia center, where he usually guided the morning and evening practices for the Huaxia staff. He was also part of a small group that used to teach new methods that were developed by Pang Laoshi. In the beginning of 1999,  teacher Wei transferred to the No. 3 Healing Department. He is the founder of the Harmonious Big Family. His dream is to build a Harmonious Big Family as a new way of life.
In recent times, he has focussed more on Zhineng Qigong third level of entirety practice, and for this he has established the Zhineng Qigong Mingjue Academy: www.theworldconsciousnesscommunity.com 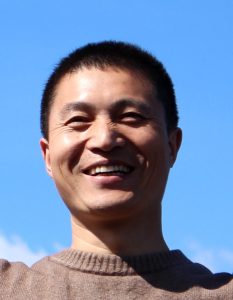 Teacher Xi Xiao Feng graduated from the 1993-1995 teacher training class that was taught personally by teacher Pang. Since that time he has dedicated his life to zhineng qigong healing, training and zhineng qigong science. Teacher Xi specialized in the theories and methods of developing paranormal abilities. He uses his paranormal abilities to ascertain students’ problems and energy patterns so as to help them directly. 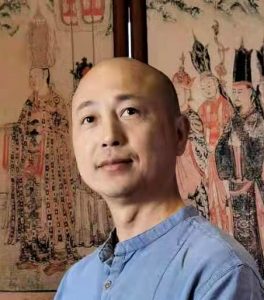 Teacher Tao started to practice Zhineng Qigong in 1993. He is a graduate of the 1997-1999 teacher training class. After his graduation he worked in the Huaxia healing center for several months. From 2000 he has been traveling throughout China,  including  Hong Kong, teaching Zhineng Qigong and giving healing to many people.  He deeply wishes to pass on his knowledge and experience to other people all around the globe, to spread Zhineng Qigong culture and to enable everyone to enjoy life and be happy, free and healthy. 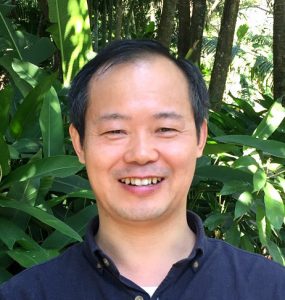 Dong Xin Jian was born in 1971 in Henan Province in central China. In 1987 when he was in high school, he began to practice qigong and soon was deeply absorbed by it. In 1990 he learnt Zhineng Qigong and its science about life. He decided devote his life to Zhineng Qigong science. In 1993-1995, he attended the two-year teacher training class at the Huaxia center. After graduation he worked in the Third Healing Department for one and a half years. In 1997, he left the Huaxia Center to spent his time in about twenty cities teaching Zhineng Qigong. His deep wish is to help more people to liberate their lives. 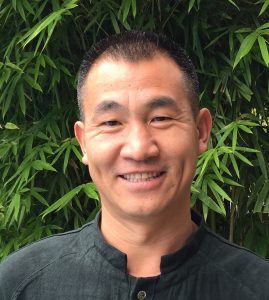 In 1991, he started to practice Zhineng Qigong in high school. After one month of practicing, he recovered from brain nerve weakness and enteritis. Also, his myopia reversed. In 1993, he joined the three months teacher training class at the Huaxia center. After graduation, he became a teacher himself for the three months teacher training class. During his working period, he had more profound learning and practice. He shares deeply with the ideas of the Harmonious Big Family advocated by teacher Wei. Teacher Wu wishes that he can help more people to live in happy healthy and free state of life. 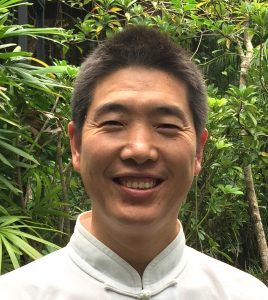 Since 1992, he followed teacher Wei Qifeng to practice Zhineng Qigong in high school. From then on, Zhineng qigong became the core of his life. In 1993, he took part in the three months teacher training class at the Huxia center and graduated with excellent results. Then he became a teacher of the three months teacher training class as an advanced worker for three years. From 1997 to 1999, he joined the two-year teacher training class. After graduation, he led intelligence development class and successfully held a summer camp for more than 2400 school students. In recent years, he continues exploring and teaching intelligence development for children. 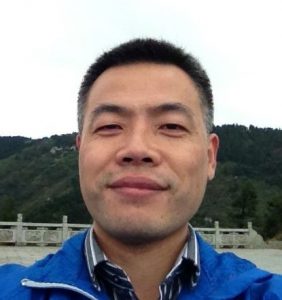 Teacher Sun graduated from the two-year teacher training class at the Huaxia Center from 1992 to 1994. After his graduation he began to work at the Huaxia training center until 2000. Since then, he has traveled throughout China, Hong Kong, Malaysia, Singapore, Indonesia to teach Zhineng Qigong and to give healing to many people. He deeply wishes to share his knowledge and experience to other people all around the globe, to spread Zhineng Qigong culture to help everyone enjoy life, happy, free, healthy and full of vitality. 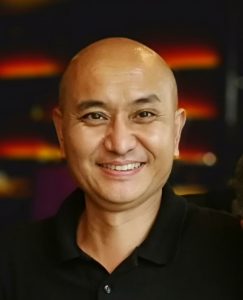 Teacher Lv graduated from medical university. After his graduation he worked in a hospital as a doctor. From 1993 to 1995, he joined the two-year teacher training class taught by teacher Pang Ming at the Huaxia center. Afterwards he worked at the Huaxia healing center as a teacher. He uses qigong to cure diseases with good effect and he can also treat diseases with traditional Chinese acupuncture. In recent years, he has focused on training to develop potential intelligence. 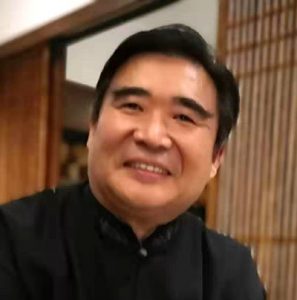 From 1993 to 1995 teacher Yang attended the Zhineng Qigong teacher training at Huxia Center, then he became a teacher of the two-year training class. Later, he practiced and researched all kinds of taiji forms. He combined the Zhineng Qigong theories with taiji experiences. His practices achieved a very good level in the taiji field. He created Rushi taiji and established the “Chinese Taiji Wisdom School” and “Taiji Cultural Foundation” in Hongkong.

In recent years, Dr. Pang taught him new taiji forms which are called “Taiji Mu Quan” (the mother form of taiji), “Zhong Zi Zhunag” (the posture of central qi) and “Long Hu Yan” (the feast of long and tiger – it is a method for fasting) for spreading a human new culture. Taiji Mu Quan is very simple, but very essential and fundamental for all the taiji. It is very good for improving the human health and consciousness. For spreading a new culture worldwide bringing benefit to more people, teacher Yang created the “World Taiji School”, he wrote four books about taiji and joined the teacher group of the Harmonious Big Family.